The Other will be place to hell?

The Other will be place to hell?
I'M not a bias but peoples should know about this. I'm not trying to make us fight, I'm just try to give a warning to peoples like this to stop doing thier bad activity. Why did I say it bad? Coz he done it at the wrong place, time and mood! My mood, I mean! 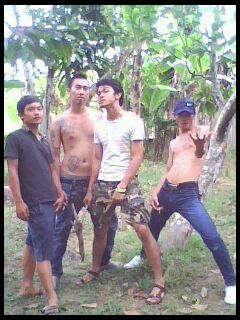 This story happened last Monday. Why I telling it now? Because I've just start blogging now! LOL! As I standing at the corner doing my job at the office, suddenly one guy came to the front office and greet my boss. They seem to know each other, good! The guy looks like a quiet man. (Wrong, that just the beginning). After several minute talking with my boss then the topic get hot and the guy start to talking about Nik Aziz issue. You know, the "Allah" words where it is should be used by other religions other than Muslim or not? I can see that he felt really disagree with Nik Aziz. What ever the problems is, I don't want to touch any sensitive issue at here.
The problem with me is when they guy start to put some "lecture" on me? (-_-)" Reason? Maybe he have just finished 6 glass of Tongkat Ali. Haha..! Don't know actualy. As usual, I'm wear an earings at both side of my ear. That's normal for me because I wore an earings for 4 years already. So it's like an humiliation to me. And he said like this,
"Listen bro, we as a MUSLIM should not wear this.(He pointed his finger to my ear,the earing he means!). We'll be place to hell because of this. We are not xxx,xxx or xxx (other religions that he mentioned that day. Better I dont mention it here, sure will cause hatred to other)" And he even said, "Beside Muslim, the all "xxx" will be place to HELL." Wow, he is so sure about that huh??? Impressive!! Who he think he is?? God's assistant?? That's funny as hell, I guess!
And I feel like I was being dare by him. Basically, I maybe start to talk bad on him or maybe try to put some fists as a lesson for him. But not for that day, because I know that he is somebody's dad. The things that I dont like is,
1st : He dont really greet to me before countinue with his annoying "lecture" on me. Damn, I hate that!
2nd : He gave his "lecture" at the wrong place. At our office??? Dont he think that he should just give a "lecture" at Mosque or something?
3rd : He humiliated other. By taking consider with the "XXX x3" religions that he mentioned, he should know that one thing which is "Who created Human??. I need to hear his lecture on that actualy. And what makes he think that Human on this world are created differently? Not by mother nature I means. Haha..! 4th : He as a well educated in religious should know which one is bad or not. But he dont seem act like one. He is alone I guess! Whatever!
Continue with the stories. One thing that he dont know is one of the religions that he mentioned just now is mine actualy. He dont really know that I'm one of them because he think that I'm Muslim. He's stupid because he dont ask me first whether I'm Muslim or not. So, he is not so clever actually in manipulating the situation. Booooo for him! I can't hold anymore when he talks bad about mine then I feel like wanna backup whats right for me and us. But before I start to talk, my pal suddenly break the situation when he suddenly tell the Imam guy that I'm not a Muslim. Awh man, my pal screw-up my speech. I was just want to put a kaw2 lecture to the guy. Haha..!
Funny things is the guy's face turned to red/black! Seriously!! I dont kidding on this!! Remember when he talks all the bad things about other just now? Think why must he done that? He who called himself as a great God's human-leader at the earth, but should he do that? It's not necessary i guess. He trying to backup all his speeches just now by covering it with some junk joking stuffs. Wont work on me. He then greet us and just go. The boss said sorry to me but I dont really mind about it cause I know he is all alone. Not all peoples are like him, talking bad to peoples at the back. In addition, its a sensitive issues again when its comes to a religion.
But one things that sure is different people have a different attitude. Humiliate other can only cause you hell. That's sure! Whatever religions it is, hell or heaven will be fully decide by God for us. We as a human should do our best to be the good. For me, I'm not a 100% good guy but 99.9% only. haha..! Kiding guys! But what makes life good is "The Life Without Hatred".
One things for sure is, I'm not a bias!
The sleepyhead are going to bed!
Till next time with my boring stuffs!

Posted by Jerung Rimba Putih at 10:24 AM No comments: Links to this post

Start a new day but still in a boring world. Just let tomorrow become a mystery. 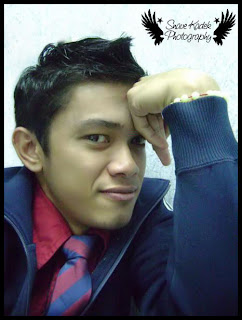 I guess my time has come to have my own blog (Boring Like Old Guy). Damn! Seriously man, I dont like 'Words'. In short, I hate reading. But not a comic books. Haha...
I guess I have not enough time to do this because I'm not the kind of guy that go online just for a "Virtual Diary" things like this. Guh! But, I have no choice since all my fellows keep asking about my blog. Some said like "When huh you wanna have you own blog, all fellows have ordy woo. Even my 5 years old niece also have one ordy!". Then I was like, "ohh, good."(Who cares actualy?). Because for me blog is just a place for people to share what they have gone through in thier life daily.

A bit flashy huh? Whatever!!!!


Let see what I can smell inside the blogs.

- Some share the frustration of thier life (I used to be one of them before, haha..) I love Bob Marley cause he sing "No Women No Cry"

- Stupid stories that they want to share with other like thier pet gave a birth. (gave a 100 birth at a time should not consider stupid, whatever!)

- What I hate the most, the politician speeches, agenda and promises. They are like dogs fighting for a bone. What is the means of democracy? Even the dewan senat also like pasar ikan. Seriously, I'm not into stupid politic things. I'm anti-politic. (who asked? Shut up, it's my blog!) Haha...!- Shows hatred. Prove? above sentence. Haha...

- Share informations with other. Nice! They share when the pirated movies came out so that they can download it FOC. Nice right? Dont worry cause I'm the one of them. (>_<)

- Talking bad about other. That is the politicians things. No comment because seriously I'm ANTI-POLITIC. I dont give a damn about what shit they're talking about. Hate me for that? F++k, I dont care!

Whatever it is, life is short and have a great time with it while you can. Because some peoples talks much like the 'Murai' at blog but like cockroach when go outside. Lembik!!!!! I know some granny who do that. Mind speak and your fingers that do the bad typing things. It's a mind games and I dont give a damn about it. When I hate people, please pray I will not put a fist on you. Try me! I hate people with a reasons. Lots of back-stabber that wear an angel's wing nowadays. Not all uglies is a bad person. Some people with a nice smile contains evil . Lying will always works right? Suck on that!

My blog will be English and Malay and some Bahasa Indonesia. Don't tell me why because I will tell you. Hahaha...! That is because I got a lots of Indonesian buddies that don't really know how to read and write in English. (Don't know English language I mean). Most importantly, I got my step brother at Jakarta now.

My English are bad! Who care? As long as people understand! In fact, I'm not a Western and I'm proud to be Malaysian. (Half pinoy I'm means, haha....!) Some of my stupid site that I made a few month and years ago.

'Snave Guy Lavoie Kadek Bayu JR
Weird Is Nothing!
Posted by Jerung Rimba Putih at 9:24 AM No comments: Links to this post

Jerung Rimba Putih
Kota Kinabalu, Sabah, Malaysia
Stop wishing and go for what you want coz all fool deserve to have courage. Cheers!

get this widget here